Follow me on Social Media for Tips and Giveaways! 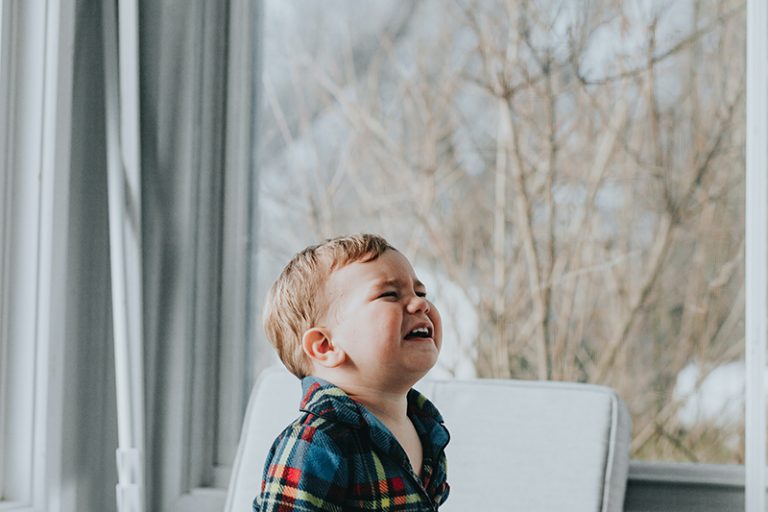 If there’s anything that can send your child’s sleep off the rails, if there’s an arch-enemy for sleep training, it is, without a doubt, the dreaded condition of overtiredness!

Kids, as with all people, have a natural rhythm when it comes to sleep. Our bodies secrete hormones to keep us up and running during the day, and different ones to help us rest at night. They’re dependent on a variety of factors, but timing is the most prevalent.

During the waking hours of daytime the brain is producing a hormone called Cortisol, commonly known as our “fight or flight” hormone. Cortisol also plays an important roll in maintaining your body’s internal clock AKA Circadian Rhythm and allowing you to organize days vs nights.

During sleeping hours, most heavily at night, the brain is producing a hormone called Melatonin. Melatonin production is triggered by the sun going down and works throughout the night to help keep us asleep. Melatonin also works during daytime naps.

So what happens when your little one stays awake past the time when these natural cues to
sleep are activated? Well, the body assumes there’s a reason that it hasn’t been allowed to
get to sleep, assumes there’s a need to stay awake, and fires up Cortisol production. And that’s when the trouble starts…

Because once those signals to stay awake get fired up, they’re tough to shut down, and
baby’s already tired. Less sleep leads to more daytime hormones, and the cycle
perpetuates itself.

So, the best way to prevent this situation is to get baby to sleep before they get past that window of opportunity. But babies, especially newborns, are a little bit cryptic when it comes to signaling when they’re ready for bed. However, if you know what to look for, it can work wonders in assessing the right time to put baby down.

Some good signs to watch for include tugging at their ears, or rubbing their eyes and nose,
arching their back, and turning their face into your chest.

Newborns can usually only handle about an hour of awake time in a stretch, so make a note
of the time when they wake up and set a reminder or make a mental note that they need to
be headed down for a nap around 60 short minutes after that.

As baby gets older they’ll be able to stay awake for longer stretches. But even toddlers have their limits and the length of awake time between sleep is something you will always need to keep an eye on throughout childhood to some degree.

On the subject of toddlers, they have their own quirky little habit when they get overtired. The sudden influx of those daytime hormones can actually make them quite manic, so they might seem to be super happy and giggly for a while; just the opposite of what you would expect from a child who needs to get to bed.

But, you’ll see before long that their mood will take a big shift into crankiness, and then you’ve probably got a bedtime battle on your hands.

I totally get that sleep schedules can sound a little rigid for parents who aren’t used to it. Especially during the early days of newborn life, an hour at a time is barely enough time to get a diaper changed, a feed in, and a little bit of playtime before baby’s got to get back into their crib and down for another nap.

What I can assure you of is that no client I’ve ever worked with has come back to me after implementing it and said, “I have a feeling that baby’s getting too much sleep.” So, my biggest advice to prevent overtiredness is to pay attention to the appropriate wake windows for your baby’s age and try sticking to them for a couple of weeks to see what happens!

Any cookies that may not be particularly necessary for the website to function and is used specifically to collect user personal data via analytics, ads, other embedded contents are termed as non-necessary cookies. It is mandatory to procure user consent prior to running these cookies on your website.